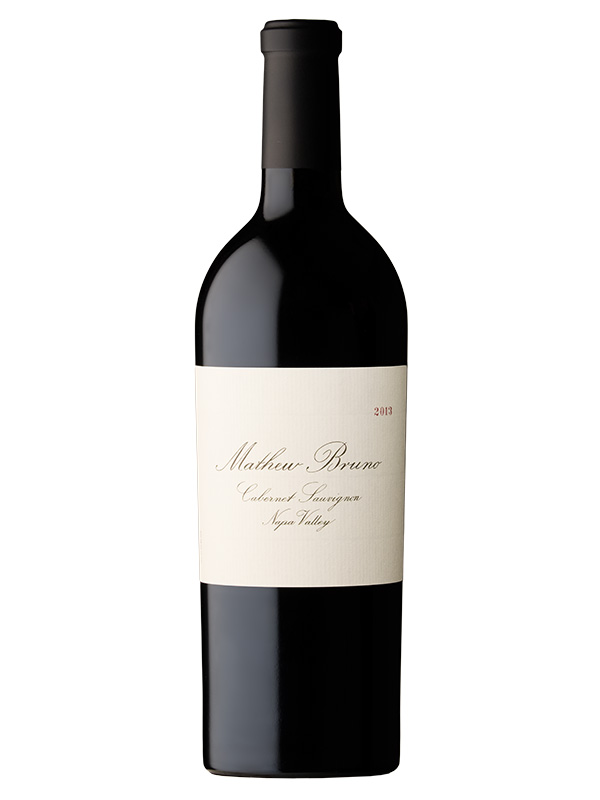 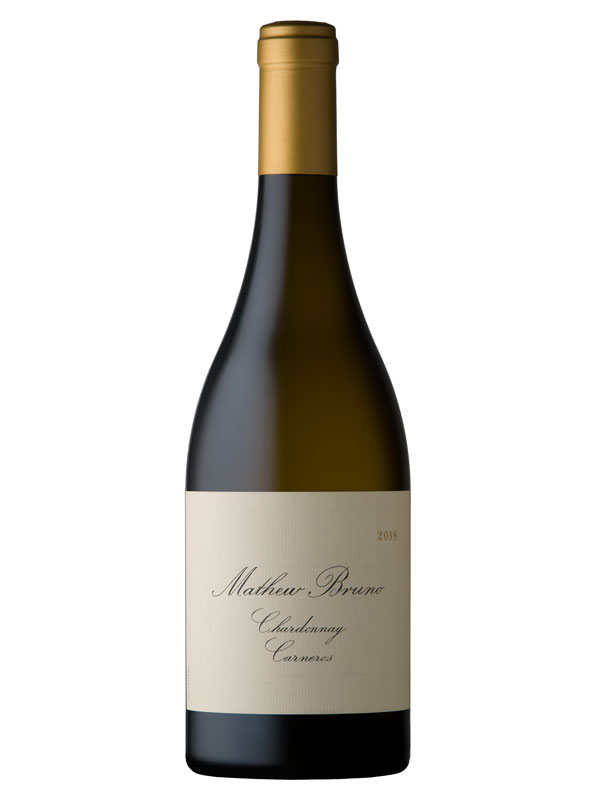 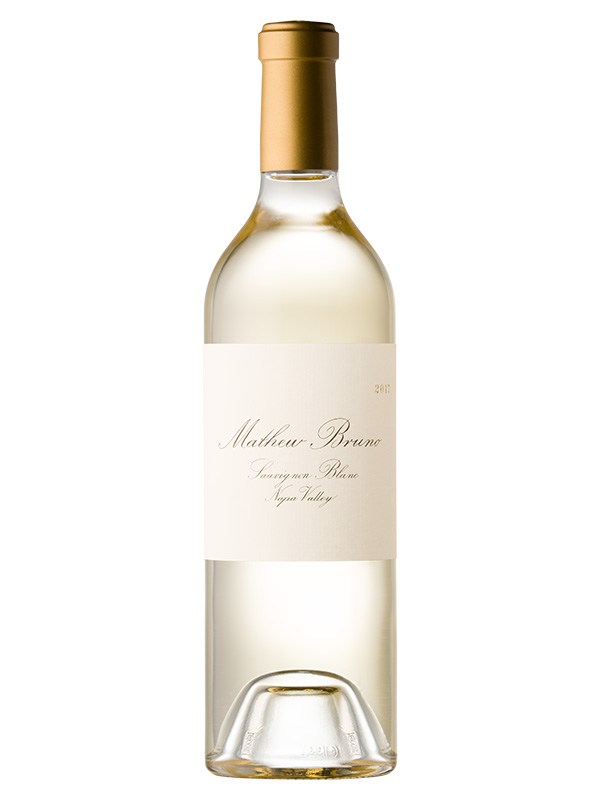 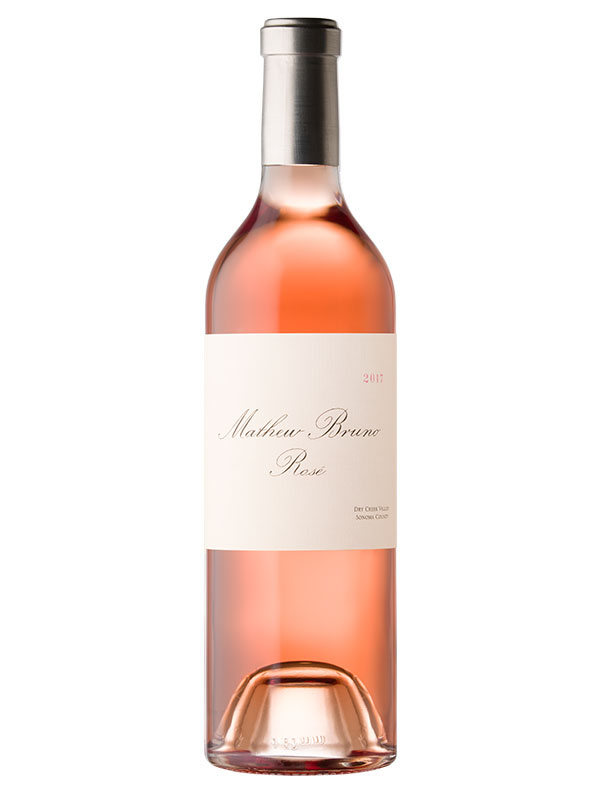 Our 2013 Cabernet is an outstanding example of a fine Rutherford Cabernet Sauvignon. The stylistic target and subtle adjustments in production are expressed in the most complementary fashion for a complex, structured and luscious tasting experience. It is an intense wine with complex layers of black cherry, currant, sweet spice and mocha. The mouthfeel is supple, with soft, toasty oak flavors balanced by firm tannins and structured by bright acidity. Driven by the desire to make fruit-driven, approachable Cabernet Sauvignon true to the varietal’s attributes and superior quality, we are proud to offer this wine exhibiting the essence of what a Cabernet Sauvignon should be.

Our 100% 2013 Napa Valley Cabernet Sauvignon represents the culmination of study, observation and collective effort by the Mathew Bruno team. The Rutherford AVA is the backbone of our Cabernet Sauvignon, accentuated by commingling two vastly different yeast strains under cooler fermentation conditions. The wine is pressed and racked into 100% new French and American oak barrels of various toasting profiles, which complement the Cabernet Sauvignon characteristics during malolactic fermentation. After 24 months minimum aging in barrels, we select the finest lots for our final blend prior to bottling.

The Napa Valley growing season in 2013 was one of immaculate perfection and rarely witnessed. For years to come, 2013 will be viewed as the preeminent benchmark of Napa Valley Cabernet Sauvignon for this generation and quite possibly will rival the acclaimed 1974 vintage in quality, style and excellence. To better understand the 2013 growing season, one must look at the previous year. 2012 came to a drenched closure under two months of constant precipitation. The combined rainfall during November and December was 22.21 inches, which replenished the deep soils with essential moisture in preparation of the unforeseen extreme drought of 2013. Following cooler temperatures during the winter, a warmer March with below-average precipitation contributed to an early bud break. Summer also deviated from recent seasonal patterns by lacking periods of extreme heat in excess of 100 degrees F. As the daylight hours began to shorten, warm temperatures remained uninterrupted by any pre-harvest rainfall. This ideal weather offered the vines phenolic conditions for ripening without detriment, which was immediately distinguishable in our 2013 Mathew Bruno Napa Valley Cabernet Sauvignon.

Approved in 1994, the Rutherford AVA has quickly established itself as a world-class premium Cabernet Sauvignon producing microclimate. Rutherford’s most influential attribute is the soil profile: ranging from a complex blending of sand, loam and grave and peppered by volcanic deposits originating from alluvial fans rolling off the Vaca Mountains. Our Cabernet Sauvignon is sourced from the south eastern quadrant up the elevating landscape directly in the heart of the Napa Valley’s most coveted land for fine Cabernet. The vineyard was originally planted by Mrs. Thomas Rutherford in 1895. In the years following, Georges de Latour purchased the vineyard and named it Beaulieu Vineyard Number 3. Many acclaimed wines originated from this vineyard including wines made by Andre Tchelistcheff who’s wines became the definition of Napa Valley Cabernet Sauvignon in the 1960’s and 1970’s.

Sourced from Los Carneros, one of the premiere Chardonnay
growing regions in the world, this single vineyard wine is Mathew
Bruno’s first Chardonnay. Partially barrel fermented, this full-bodied
Chardonnay is fresh with tropical and citrus flavors, and balanced
acidity for a smooth mouthfeel finish.

From Block House Vineyard in the heart of Yountville, our 2018 Sauvignon Blanc is a clean wine, complex with bright aromas of grapefruit and melon. The taste is a bouquet of lemon and orange peel with a crisp tropical finish.

An exclusive selection of our current vintages paired with some of the best artisan goods California has to offer.

2018 Mathew Bruno Rosé: James Suckling – Rated 90 Points: A rosé that reminds me of a solid Tavel, with strawberries and peaches. Full-bodied. Flavorful and delicious. Dense and layered. Drink now.

2017 Mathew Bruno Sauvignon Blanc: Jeb Dunnuck – Rated 90 Points: An outstanding wine, the 2017 Sauvignon Blanc is a medium-bodied, vibrant, balanced effort that has classic bright citrus, lemon zest, and a touch of crushed rock-like minerality. I love its freshness and purity, and it’s nicely textured. Drink it over the coming 2-3 years.

2016 Mathew Bruno Cabernet Sauvignon: Jeb Dunnuck – Rated 95 Points: As to the red, the 2016 Cabernet Sauvignon is a beauty that was brought up in 100% new French and American oak. This purple-hued wine has a spicy bouquet of new saddle leather, dried tobacco, graphite, and spicy oak, ample cassis fruits, full-bodied richness, and a pure, seamless, elegant style that’s incredibly satisfying. The American oak gives it a slightly old-school, spicy vibe, and I suspect it will drink beautifully for 15-20 years.

2016 Mathew Bruno Cabernet Sauvignon: James Suckling – Rated 92 Points: Some strident oak in the mix here with a wealth of baking spices and ripe dark plums on offer. The palate delivers a suave array of long and juicy blue-fruit flavors. Really even and plush, there’s a sense of purity and precision here. Drink or hold.

2016 Mathew Bruno Sauvignon Blanc: Jeb Dunnuck – Rated 89 Points: The 2016 Sauvignon Blanc is enjoyable, with a touch of citrus oil and minty herb aromas and flavors. It’s medium-bodied, supple and has some solid mid-palate heft and texture, and it should shine on the dinner table.

2015 Mathew Bruno Cabernet Sauvignon: Jeb Dunnuck – Rated 95 Points: The 2015 Cabernet Sauvignon is 100% Cabernet Sauvignon from the Beckstoffer Georges III Vineyard that was brought up in a mix of new French and American oak. Its deep purple color is followed by a gorgeous wine that’s a spitting image of class and finesse. Currants, high-class oak, hints of crème de cassis and crushed flowers all flow to a layered, full-bodied, multi-dimensional beauty that does everything right. With fine tannin, beautiful purity of fruit and a great finish, it’s going to benefit from short-term cellaring yet keep for two decades.

2015 Mathew Bruno Cabernet Sauvignon: Robert Parker’s, The Wine Advocate – Rated 91 Points: Composed of 100% Cabernet Sauvignon from Rutherford, the medium to deep garnet-purple colored 2015 Cabernet Sauvignon has a seriously medicinal nose with fried herbs and pepper over a core of crème de cassis and baked plums plus a hint of potpourri. The palate is full-bodied, rich and concentrated, with chewy tannins and an herbal lift on the finish.

2013 Mathew Bruno Cabernet Sauvignon: Wine Enthusiast – Rated 92 Points: “Soft and supple on the palate, this impressive wine is lightly spiced with dust and clove, its tannins rounded and in support of lingering cassis and red cherry flavors. Mocha and tobacco lend additional depth and complexity as it unfolds, punctuated by juicy acidity.”

2012 Mathew Bruno Cabernet Sauvignon & 2016 Mathew Bruno Sauvignon Blanc: The Napa Wine Project: “Mathew’s philosophy is to make balanced and approachable wines – and they have certainly done so with the two wines we tried.”

2012 Mathew Bruno Cabernet Sauvignon: California Wine Advisors – Rated 96+ Points: “A classic example of Rutherford Cabernet, the 2012 Mathew Bruno presents itself as inky black in the glass. The bouquet is stunning, showcasing the black currant, blueberry, and anise notes typical to the area. The palate develops in complexity, offering layers of red and black berry, spice box, and baking chocolate that culminate in a striking finish that is focused and shows fantastic length. Delicious right out of the gate, the patient collector will be well-rewarded for cellaring another 5-7 years and drinking for another decade beyond that.”

2012 Mathew Bruno Cabernet Sauvignon: C Magazine, “In the Red” (as published in the November 2015 issue with Mathew Bruno Wines, Gary Farrell Winery and Frank Family Vineyards): “Give thanks and raise a glass this season with three new noteworthy California wines.”

2012 Mathew Bruno Cabernet Sauvignon: Fortune Magazine, 10 Enchanting Red Wines For Valentines Day 2016: “Now only in its fourth vintage, the Mathew Bruno 2012 Cabernet Sauvignon Napa Valley is a dark-fruited juicy Cab with pretty chili, spice and nutmeg accents.  Its tannins are fine and smooth, but its backbone is firm-there’s no extra flab on this guy.”

2012 Mathew Bruno Cabernet Sauvignon: Kerrin Laz, K. Laz Wine Collection: “I tasted this wine blind at the end of January and was able to re-taste it a few weeks ago and I’m happy to say, this is one of the best Beckstoffer George III Vineyard Cabernets coming from this hallowed Rutherford vineyard.  It was aged for 24 months in new oak and on the palate offers supple, seamless black and red fruit that with sourcing from Beckstoffer GIII Vineyard, often commands double the price than this current release.  It is an over-deliverer from the nose to the finish.  I highly recommend getting a few bottles.”

2012 Mathew Bruno Cabernet Sauvignon: Bounty Hunter Rare Wines and Spirits: “This is quite a special Cabernet Sauvignon.  2012 was a superb growing season, and this wine represents the essence of Rutherford and its famed dusty minerality.  This wine will age 10 years if you need it to, but it tastes pretty darn fine right this evening.”

2010 Mathew Bruno Cabernet Sauvignon: Bounty Hunter Rare Wines & Spirits added Mathew Bruno to their well regarded catalog who ships to over 2 million people across the United States. Bounty Hunter claims, “They certainly got our attention and even though this family is new to the game, they are working with some serious fruit and making some even more serious juice.”